Every March, Northeastern Gastroenterology Associates works to raise awareness of the importance of colorectal cancer screening

Colorectal cancer is the third leading cause of cancer-related deaths in the United States. It is also one of the most preventable and treatable cancers if detected early enough. That’s why getting screened is so important.

Throughout the year, and especially during March, Colorectal Cancer Awareness Month, Northeastern Gastroenterology Associates is an advocate for colorectal cancer prevention. In addition to offering colon cancer screenings, our Honesdale gastroenterology clinic is contributing to the fight against colorectal cancer by informing patients, as well as the community, about the importance of early detection through screening.

Awareness Is the First Step

According to the American Cancer Society, colorectal cancer is the second most common cause of cancer deaths in men and women combined. This year, the disease is estimated to cause nearly 53,000 deaths. But not all news is bleak. The number of colorectal cancer-related deaths has actually been decreasing over the past few decades. One reason for the decrease is that more people are getting regular screenings and because of this, colorectal polyps are being discovered and removed before they become cancerous.

If all adults 45 and older were screened for colorectal cancer, thousands of lives could be saved, and regular screenings could even prevent many people from ever getting the disease. That is why raising awareness about colorectal cancer and the importance of screenings is so important.

Talk to Your Doctor

What You Should Know

You have the power to save lives! By increasing your knowledge about colorectal cancer and then raising awareness, you can join the fight against the disease. Here are some essential things you should know.

Why Early Detection Is So Important

Colorectal cancer doesn’t just appear suddenly — it typically develops from an abnormal growth, called a polyp on the inside lining of the colon. While some polyps may be benign, many face a high risk of turning into cancer if they are not detected and removed quickly enough. Colon cancer screenings can often find colorectal cancer in its earlier stages, when it's small, hasn't spread, and might be easier to treat. Screenings can also help prevent the disease. Polyps can take as long as 15 years to develop into cancer. With regular screening, doctors can effectively find and remove polyps before they become cancerous.

The Stages of Colorectal Cancer

Screening can help find colorectal cancer early when it is most effectively treated. Precancerous polyps and early stage colorectal cancer don't always cause symptoms, which is why getting screened shouldn’t be put off. 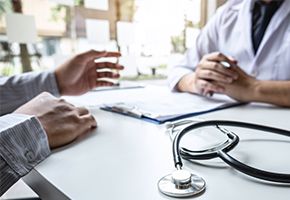 The gold-standard test for detecting colorectal cancer; during this procedure, a gastroenterologist uses a scope to look at the inside of their patient’s colon for polyps or signs of cancer.

Very similar to a colonoscopy, a flexible sigmoidoscopy is used to look for polyps or evidence of cancer. However, this procedure is used to examine the rectum and only part of the colon. 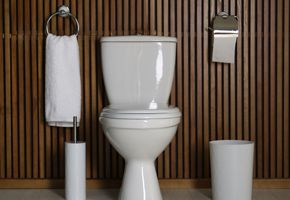 Screening at home is possible — these test kits are used to detect blood in stool. If test results aren’t normal, patients will need to discuss alternative screening methods with their doctor.

When to Get Screened

As the third leading cause of cancer-related deaths, men and women need to be screened for colorectal cancer. Individual risk factors — such as ethnicity, lifestyle, and family history — will determine when you should start getting checked.

While age 50 used to be the standard age for getting screened, many institutions and associations recommend that screening should begin at age 45. A five-year difference may not seem like much, but it can make a significant impact — especially when it comes to saving lives.

Find Out When You Should Be Screened

What You Can Do

Join Northeastern Gastroenterology Associates and become an ally in the fight against colorectal cancer by spreading awareness.

Dress in Blue on March 5th

The Colorectal Cancer Alliance has established Friday, March 5th, as Dress in Blue Day. Wear blue and support the CCAs mission to end this disease.

Spread the Word on Social Media

Get the word out about the importance of screening. Use hashtags such as #ColorectalCancerAwarenessMonth and #GetScreened to raise awareness.

Very similar to a colonoscopy, a flexible sigmoidoscopy is used to look for polyps or evidence of cancer. However, this procedure is used to examine the rectum and only part of the colon.

Patients, survivors, caregivers, and their loved ones have stories. Sharing them brings people together, can help inspire action, and can even save lives. 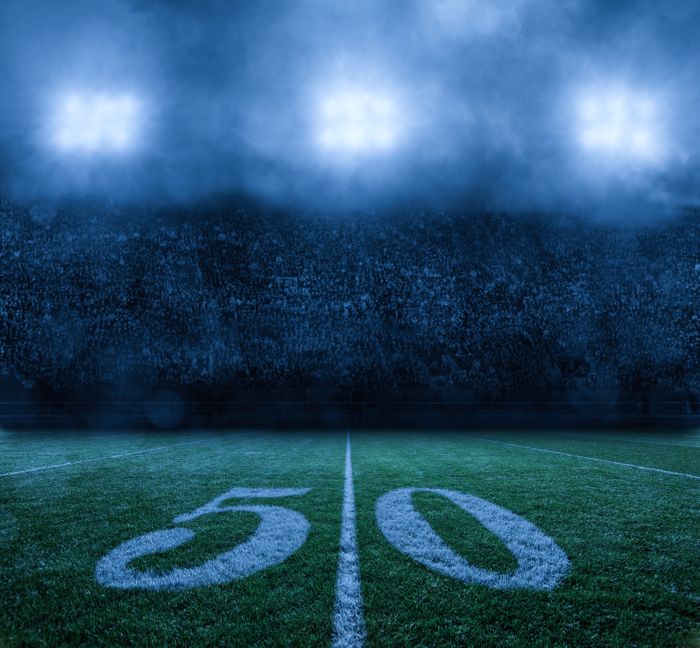 As a former wide receiver for the Philadelphia Eagles, NFL legend, Vince Paple, had considered himself healthy and in good physical condition. In fact, Paple appeared to be the picture of health and vitality. However, after undergoing a full physical, Paple’s family doctor detected blood in his stool and suggested he get a screening. Vince was in his mid-50s when we underwent a colonoscopy screening in 2001. During the examination, his gastroenterologist found several polyps on the inside lining of the colon, one of which was cancerous.

Fortunately, because the polyps were detected early on the cancer had not yet spread, the polyps were removed and Vince’s life was saved. Now 75 years old, Papale had become a big-time advocate of colorectal screening after his eye-opening experience. If he hadn’t gotten screened to begin with, things would have been significantly different. His story has inspired many to take action and go through the relatively-painless and life-saving screening procedure.

Whether you or a loved one are worried about getting colorectal cancer, have just been diagnosed, are going through colorectal cancer treatment, Northeastern Gastroenterology Associates can help you find the answers you need.

Signs and Symptoms of Colorectal Cancer

Questions to Ask About Your Colonoscopy

Simple Ways to Lower Your Risk for Colorectal Cancer

What Happens if Polyps Are Found During a Colonoscopy

You've Been Diagnosed with Colorectal Cancer. Now What?

Together We Can Make a Difference

Become an ally this March and support the movement to put an end to colorectal cancer. By working together and spreading awareness about colorectal cancer and the importance of regular screening, thousands of lives can be saved this year.

Both men and women over the age of 45 who haven’t received screening yet should schedule an appointment as soon as possible. Similarly, follow-up screening should not be delayed. While colon cancer typically spreads slowly, the sooner it is caught the better chance patients have of beating it. If you are due for colorectal cancer screening and live within Wayne County, Pennsylvania, Northeastern Gastroenterology Associates can help. Contact us today to schedule a screening.